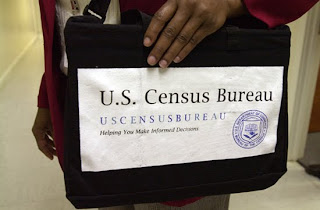 The Census Bureau is required to report the first set of data from the 2010 Census to President Obama by the end of this month. However, they announced yesterday that they’re going to be ready 10 days before their deadline. On Tuesday December 21, the Census Bureau will release the national and state populations, as well as the congressional apportionment totals for each state.

Each state will have two different population numbers: the first includes overseas military and federal civilian employees–which is used only for apportionment–while the second does not include those individuals and is used for all other purposes. The release of the count is greatly anticipated because the data will determine which states lose and gain seats in the U.S. House of Representatives.

Next week’s release will not include characteristics data such as age, race, and gender. That information will be released on a rolling basis in February and March. After releasing the official count, the Census Bureau will still have work to do. To keep citizens informed, the Census has produced a timeline that tracks the upcoming release of demographic and redistricting data. Stay tuned for updates on the Census count and what it means for your state and your nonprofit!