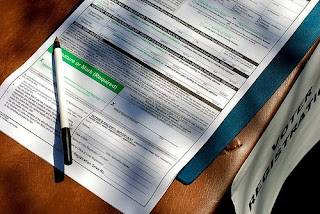 The 1993 National Voter Registration Act (NVRA) was designed to increase participation in federal elections. As a provision, state motor vehicle offices began offering clients the opportunity to register to vote, and the law became widely known as the motor-voter law.

However, the law also requires public assistance offices to proactively register voters. Although many potential voters can be reached through DMV offices, agencies that administer food stamps, welfare, Medicaid, disability assistance and child health programs are able to target historically underrepresented populations, such as low-income individuals, people with disabilities, minority populations, and new military recruits. Unfortunately, enforcement among public assistance offices (until recently) has been lax.

That began to change last year with the settlement of a 2006 lawsuit–backed by voting rights groups–aimed at bringing Ohio into compliance with the NVRA.

The result of the case has been overwhelming: in the first six months of 2010, more than 100,000 low-income Ohio residents applied to register to vote at public assistance offices. That number (17,000 applications per month) is almost a ten-fold increase in the number of registration applications public assistance offices collected before the lawsuit (1,775 per month).

A similar lawsuit against Missouri was settled in July 2008 and since then, nearly 250,000 voter applications have been submitted through public assistance agencies in the state over the past two years.

This national push will hopefully register hundreds of thousands of additional, hard to reach voters; voting rights groups estimate that 2-3 million low-income Americans could be registered each year if all states complied with the NVRA.