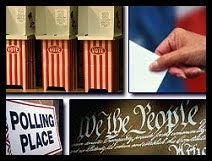 After voicing his support for San Francisco’s Saturday Voting Act, NYC Mayor Michael Bloomberg is stepping up to the plate. Earlier this week, Bloomberg proposed a series of election reforms, including provisions for early voting, moving the registration deadline closer to Election Day, simplifying the ballot, and making absentee voting easier.

His proposals are based on this study, and will require the approval of state lawmakers in order to be implemented. Bloomberg stressed the need for reform, citing the state’s low turnout–in the last three federal elections New York averaged 47th in voter turnout. The mayor was supported by activists and state lawmakers who argue that New York has some of the most restrictive voting laws in the country. If approved, these changes will increase access to the vote, and hopefully create more competitive elections.