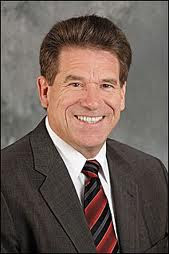 Nonprofit VOTE would like to congratulate Minnesota Secretary of State Mark Ritchie on being elected President of the National Association of Secretaries of State (NASS). NASS was founded in 1904 and is the oldest nonpartisan association of government officials. Ritchie succeeds Maine Secretary of State Matthew Dunlap in the position, and was sworn in on January 1. He will serve as NASS president until July of this year.

Nonprofit VOTE is an official voter participation partner of NASS, collaborating on their “Can I Vote?” initiative.