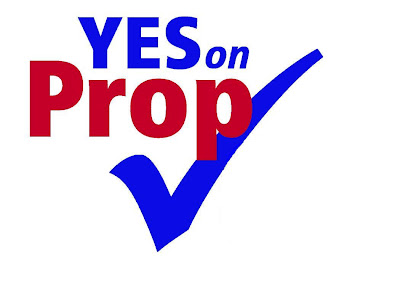 California voters passed Proposition 14 today, which asked for an open statewide primary instead of separate party-based primaries in California election.

However, there are many more interesting ballot questions to come in 2010.

The National Conference of State Legislatures has a great, albeit still premature, rundown of what questions we can expect to see states voting on come November.

They also have a very very useful review of the different categories of ways these ballot questions can end up on the ballot, summarized below:

1. Citizen Initiatives – A petition-based ballot measure driven by citizens of the state.

2. Popular Referenda- Also a petition-driven process which allows voters to put a hold on a law newly enacted by the legislature while they gather signatures. If petitioners gather sufficient signatures, the new law goes on the ballot for voter approval. If voters approve it, it takes effect. If voters reject it, the law does not take effect. Some states call this process the “people’s veto.”

3. Constitutional Conventions– Whether there is a need to hold a constitutional convention is a question citizens of states are asked a regular intervals according to state constitutions:

4. Legislative Referenda- Usually, questions that the state legislature has referred to voters according to that state’s constitution. These are the most common types of ballot questions, since not every state has citizen-initiated ballot measure processes.

Here’s their look at the issues voters will be deciding on in November, direct from the NCSL.

Among the 100 issues qualified for statewide ballots in November so far, 13 are citizen initiatives. These address topics that are typically quite common in the initiative process, including:

There are two popular referenda qualified for the November 2010 ballot so far:

Voters in four states — Iowa, Maryland, Michigan and Montana — will see a question this November asking if they want to hold a constitutional convention.

So far, there are 64 measures referred to the ballot by legislatures on tap for November.