‘Tis the Season to be…Cordial? 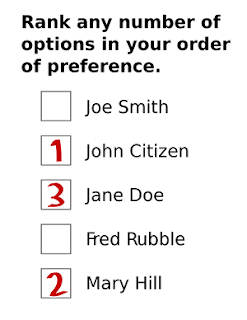 By the time a political campaign season wraps up, most of us feel as though we barely survived a wild west, mud slinging throw-down. Of course, voters have grown increasingly tired of that narrative, and some election reforms might be changing what we can expect from campaigns.

Phil Ting recently announced his bid for San Francisco mayor, and within hours, one of his competitors, Leland Yee, welcomed him to the race. Perhaps most surprising was that the gesture wasn’t sarcastic and there was no trace of irony. Yee voiced his respect for Ting, in addition to listing some of his opponent’s accomplishments. Of course, Yee plugged himself briefly, touting his commitment “to run a different kind of campaign for Mayor” that involves working with other candidates. Still, this kind of introduction marks a sharp break from campaigning as usual.

Yee’s friendliness may stem from the rise of ranked choice voting (RCV), which brought victory to Oakland Mayor-elect Jean Quan. Although Quan was not in the lead after the first round of ballots were counted, she had collected enough second choice votes to propel her to victory, emerging as the overall preference for most voters.

Fair Vote’s Rob Richie said that a decline in negative campaigning is “the clearest effect of RCV” because “candidates going for the same voter base have to balance competing hard with not alienating that constituency.” And more positive campaigning seems to be something that voters–at least in California–are interested in.

Earlier this year, California gubernatorial candidate Meg Whitman was booed when she refused to take down attack ads airing on her behalf. Whitman was making an appearance with Governor Arnold Schwarzenegger and opponent Jerry Brown at the annual Women’s Conference when NBC’s Matt Lauer asked if both candidates would be willing to pull their negative campaign spots. His question drew loud applause from the crowd, as well as from Schwarzenegger who was seated between the two. Brown agreed, as long Whitman did as well. She refused, and the audience voiced its displeasure. You can watch the scene online.

Governor Schwarzenegger voiced the public’s growing displeasure with bickering politicians: “People are sick and tired of politicians accusing each other of things and attacking each other and calling each other names. It’s a waste. It’s much more attractive if candidates go out and talk about what is the vision of the future.” It’s too early to tell how the campaigns for San Francisco mayor will be conducted when the heat is on, but judging from recent events, these candidates could set a new tone for how races are run, and won.